All the limitations of the machine model kinematics – the actual rest material that remains after previous operations and the fixture(s) geometry are used to calculate the toolpath. The result of the calculation is not just the Cartesian points in abstract space; it’s the actual positions of the machine axes required to reach these points. This means that the CNC machine is 100% able to execute the generated program.

Immediately after the toolpath is calculated, SprutCAM performs the simulation in the background and shows the new state of the workpiece to the user in the same window. Using the result, the user can easily decide how to correct the parameters without switching to simulation or post processing.

Thanks to this, the iterations of CNC programming become less time consuming, and comparing to other CAD/CAM software the CNC programming workflow itself becomes intuitive and clear.

It’s easy to get a toolpath in SprutCAM
In SprutCAM you get the first toolpath without setting any parameters at all. After that, you can play with parameters, visually controlling the result.

The new “Adaptive” strategy for high-speed machining. Used for fast material removal. Rapid calculation and kinder on the tool.

Get the required surface quality

Comprehensive finishing toolpath strategies including scallop and morph will help you to obtain the desired surface finish.

Rest machining removes material that a previous tool or operation could not remove. In SprutCAM areas for rest machining are detected automatically. Thus SprutCAM saves machinist’s time for toolpath creation and the machine time Primarily useful for freeform surfaces machining.

It’s easy to get a toolpath in SprutCAM
In SprutCAM you get the first toolpath without setting any parameters at all. After that, you can play with parameters, visually controlling the result.

All 3-axis toolpath strategies are available for 4 axis index machining.

SprutCAM has roughing toolpath for quick material removing and finishing toolpaths for the required surface quality for the 4-axis continuous machining.

SprutCAM always keeps the workpiece updated live within the operations sequence to optimize the toolpath and avoid air-cutting.

Every subsequent operation detects the workpiece in the state it was left by previous operation.

On the screenshot,the green color is the part itself and orange is the current state of the workpiece. 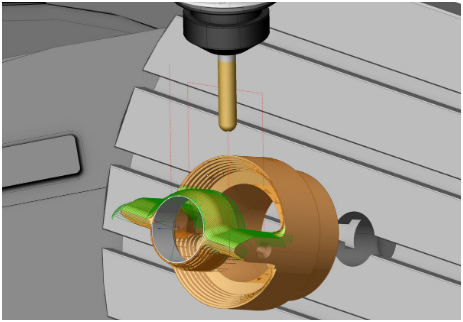 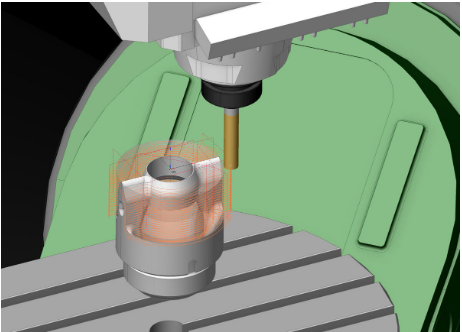 SprutCAM takes into account the machine kinematics with all its limitations when the toolpath is calculated.

The simulation automatically commences in the background immediately after the toolpath is calculated. The user can avoid any collisions that may occur without having to switch to Simulation mode.

SprutCAM has a comprehensive set of 5-axis strategies. Enough to solve any 5-axis machining task.

SprutCAM supports these types of 5D and 6D cutting 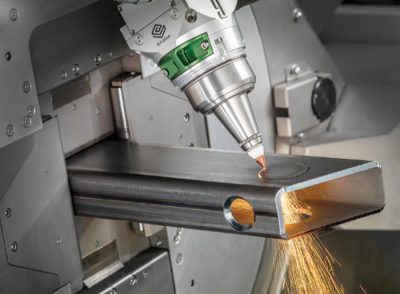 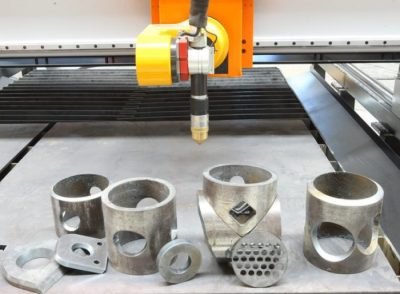 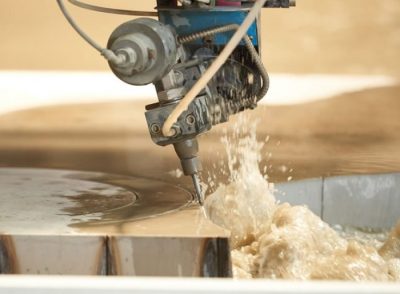 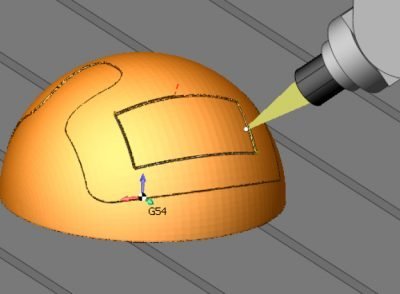 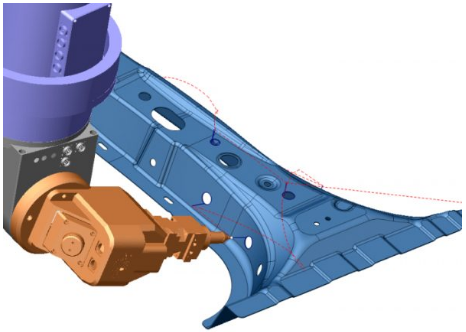 To get the toolpath:

SprutCAM works with both the solid model and the mesh model. 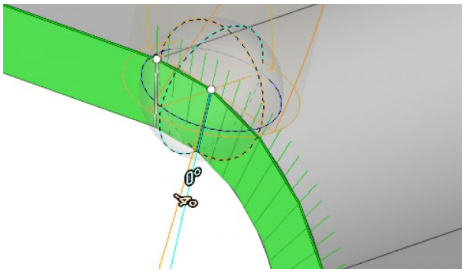 Often, the actual part geometry does not match the CAD model.

Therefore, in SprutCAM, the toolpath is converted into a spline and can be edited directly in the interface. 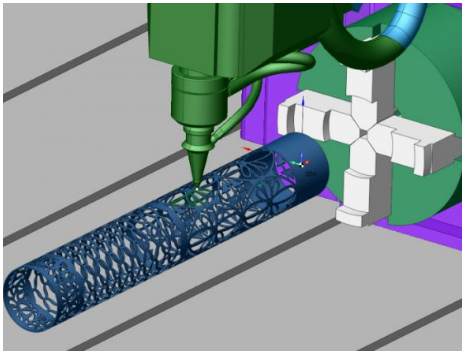 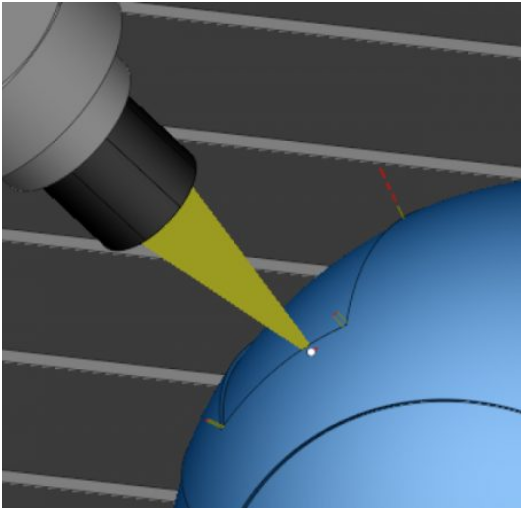 SprutCAM has a special solution for knife cutting for the knife safety and blade direction control.

What can be configured: 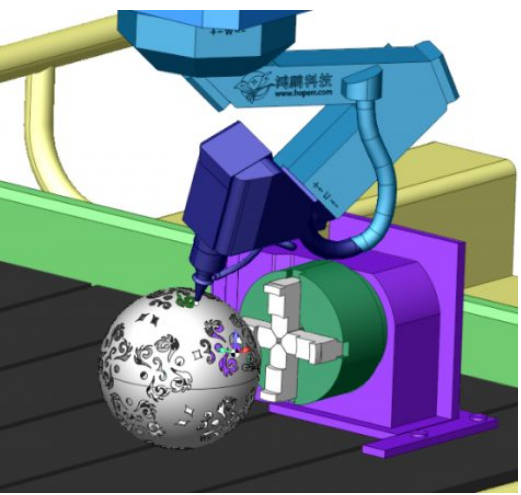 SprutCAM takes into account the machine kinematics with all its limitations accounted for during toolpath calculation.

The simulation is performed in the background immediately after the toolpath is calculated. User can resolve collisions if they occur without needing to switch to simulation mode. 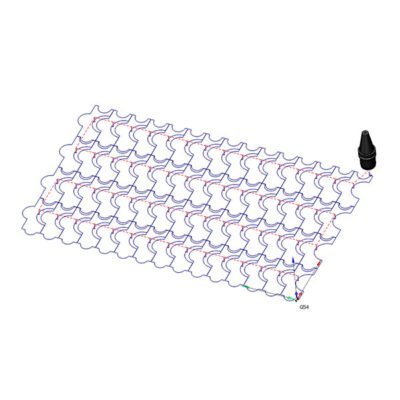 Types of 2D cutting that are programmed in SprutCAM 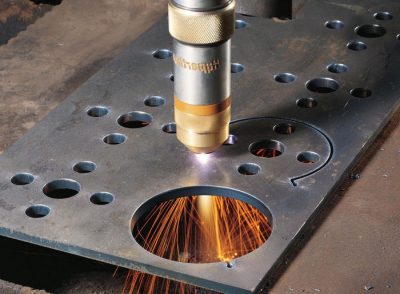 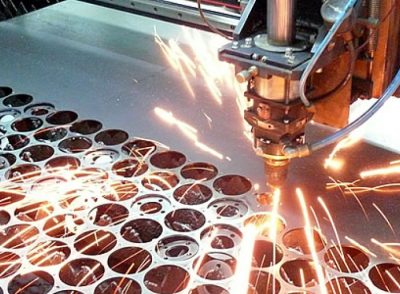 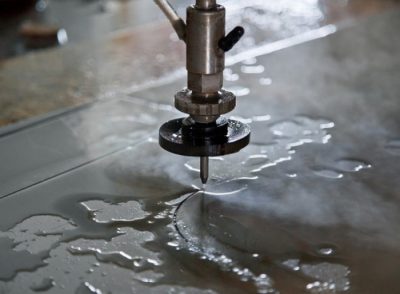 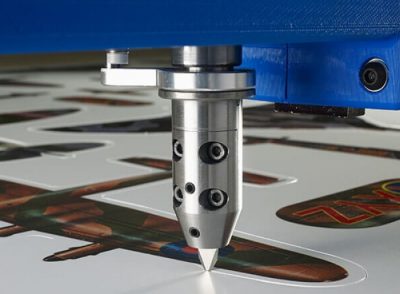 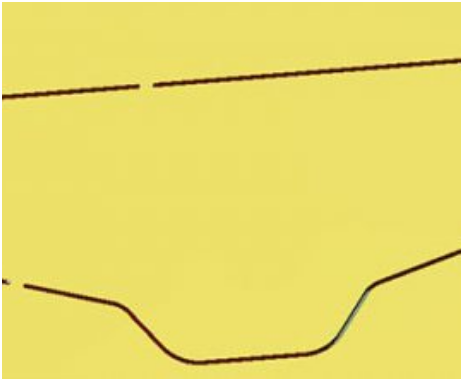 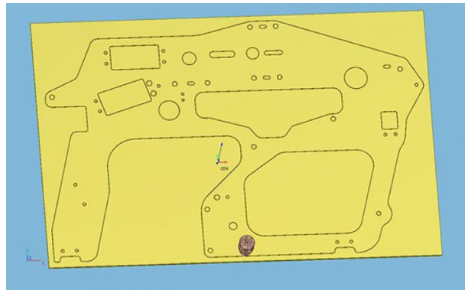 Contour cutting sequence optimization according to the lengths of the passes, taking into consideration the inner contours

The contour cutting sequence is determined automatically, taking into consideration the inner contours.

This has to be done in order to avoid the untimely cutting out of a part with uncut parts inside.

The system also provides optimization of the machining sequence taking into account the length of the passes between parts. 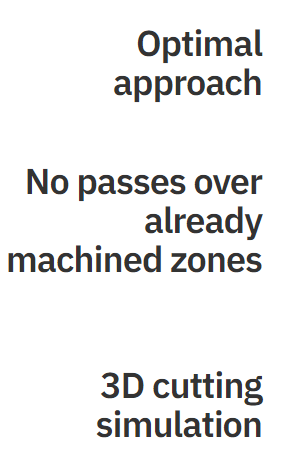 Automatic detection of the optimal approach points to the workpiece contour with simultaneous control of the approach and withdrawal from the cut for neighboring parts. The system automatically calculates tool penetration positions, depending on the chosen approach, avoiding inadvertant cutting of neighboring parts.

Often, the machined part will bend due to the thermo treatment and can break when the cutter head is later moved above it. In order to avoid such situations, the traverse moves between cutting start points can be done above the unmachined zones of the sheet. When the function is turned off, the passes will be made following the shortest distance between the points. When the function is turned on, the passes are made in such a way, that the cutter head avoids passing above already cut contours.

Unlike many other CAD/CAM software, SprutCAM calculates toolpath in the native kinematics of the CNC machine.

What does this mean to the user?

This means that tool path calculation automatically avoids possible machine collisions as well as the work piece and axis travel limits. All this happens while the tool path is calculated, not in simulation.

You do not need to post process the NC code to simulate the real-world result. All machine movements are visible immediately after the tool path calculation. 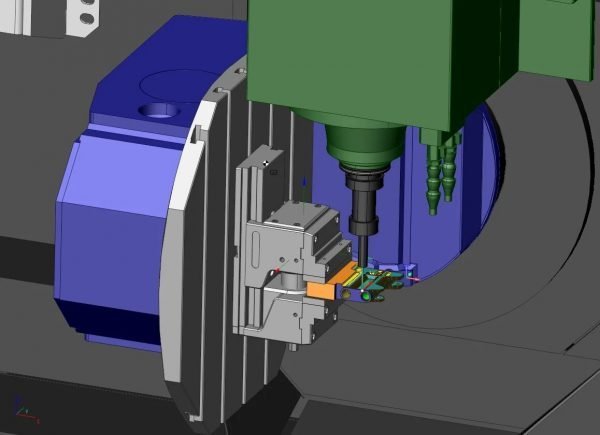 Advanced rest material handling:
watch how the workpiece is machined during every operation

In SprutCAM the simulation is updated in the background after every operation. So the workpiece for each subsequent operation is the result of the previous operation.

Thus, when calculating the toolpath, SprutCAM considers the result of the previous operation.

Toolpath calculation that is based on the result of the previous operation gives three distinct advantages: 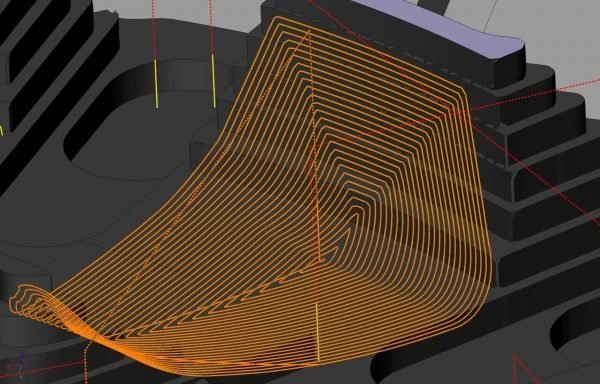 Reliable simulation: safety for the equipment

SprutCAM simulation shows all machine movements during the machining process. 5-axis and complex turn-mill machines are no exception. In addition, SprutCAM automatically marks NC program frames in which it detects collisions, part gouges and axis movements overtravels. Reliable and detailed simulation in the CAD/CAM software is the guarantee of no surprises during physical machining process.

If you have SprutCAM, then you do not need a separate software for G-code verification.

Toolpath calculation in SprutCAM takes into account part location and all machine movements. There is no need to simulate and post process to see the real-world result.
SprutCAM is a CAD/CAM software that takes into account the CNC machine model during the toolpath calculation. Before starting the programming, the user puts the models of the part and fixtures inside the virtual machine. After that it’s easy to estimate the reachability of the surfaces when picking it for the machining.